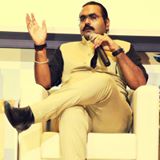 Mr. Swapnil Tewari is the founder of LIVEMAD PHILOSOPHIES. LIVEMAD is a non-governmental foundation that has been instrumental in setting up sustainable business models for undeserved communities. Inspired by the power of creativity, Swapnil has innovated with products ranging from contraceptives to women safety tools, Marketing Information dissemination out of which few are in the process of patent. One of his recent inventions is competing at Bill & Melinda Gates Foundation, Stage 2. Cited in the ‘1000 world’s leaders for hope list ‘Swapnil is one of the youngest hope givers on the coveted list that includes political leaders, actors and Oscar winners. A dyslectic by birth and a dreamer by choice he’s often addressed as THE MADMAN. Mr Tewari received his postgraduate from Jaipuria Institute of Management, Noida and a Graduate in Biotechnology from Bangalore University. Starting up his career in late 20’s with Bank of India as a Marketing Head, his journey throughout has been the core inspiration. His work has spanned poverty alleviation, opportunity creation, exploring and saving endangered civilisations in the naxal jungles of India through his venture NAKED COLOURS. Also, Swapnil’s venture NAKED COLOURS is a case study at New Castle University, University of Tampa, Indian Institute of Science, the Better India magazine and The Tribune.Mr Swapnil became the youngest Social Entrepreneur to be featured in the FORBES MAGAZINE and recently received the Himalayan Award to add to his story.